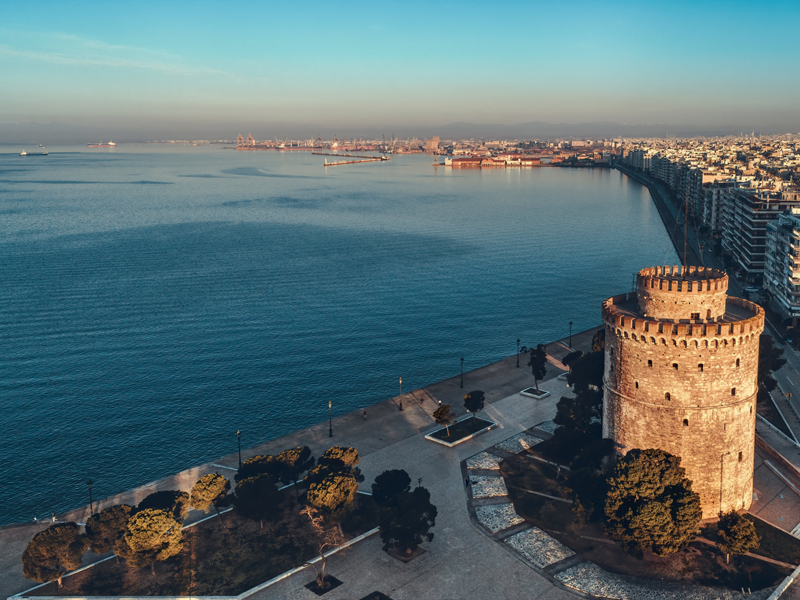 Yacht Charter Base in Thessaloniki

The charter base is located in Thessaloniki, Kalamaria, the Greek co-capital of North Aegean.

You can reach Thessaloniki international airport by plane, from Athens or other domestic airports, or from many major cities in the world.

Marina Aretsou is only 12 km away from Thessaloniki airport and 7 km from the city downtown. Also, you can reach Thessaloniki by bus, by train from many European cities. Also, Thessaloniki is easily approachable by car via the country’s modern highways. You can take a taxi from the airport and the city’s downtown (Aristotelous square) or take the regular local bus line number 5 or 5A to the bus stop called Kaminikia in Kalamaria.

At your request, we are organizing a transfer from/to the marina.

Free parking is available for guests inside the marina.

Consult our team about spots that you should visit while sailing in the area.

Within walking distance of the marina, there are truly many delicious restaurants, fresh fish taverns, traditional Greek taverns, cafes, bars, and clubs. There is also, a mini-market near the marina and various shops. There are several hotels near the marina.

We can arrange reservations, at your request.